Faq I receive an installation error when installing the component, what could be the problem?
Created on:Monday, 30 June 2014 16:51

Installation errors are usually not due to the component itself.

In most of the cases when you receive an installation errors there is a problem on your server or Joomla configuration. Usually wrong folder permissions prevent extensions to be installed and copied correctly by the Joomla installer, moreover the folder that is used by Joomla to install extensions, by default named 'tmp', often is set as not writable.
Additionally, pay attention that even if the 'tmp' folder is marked as 'writable' the path could be wrong so ensure that the folder points to the correct directory in the server file system.

Check your Joomla global configuration for the 'tmp' path and under 'System Information'->'Directory permissions' ensure that the folder is writable in green color, if it looks in red as unwritable you can't install any extensions on your Joomla! website.

A typical error thrown by the Joomla! installer when it's unable to install extensions is: 'Warning - Copy file failed' or 'JFolder :: create : Infinite Loop Detected Warning:Failed to move file!' or 'Unable to find install package'.


If you receive an SQL error of type 'Duplicate column name 'meta_image' SQL=-- Exceptions queries...' the problem could be related to some plugin duplicating SQL queries execution during the installation of extensions. Check if you have installed a plugin named 'System - MightySites' and in such case unpublish it temporary before installing the component. In other cases if you have restored the Joomla database from a backup or site migration the problem could be a partial installation still going on, so to fix the issue delete the table named 'xxx_jmap_metainfo' 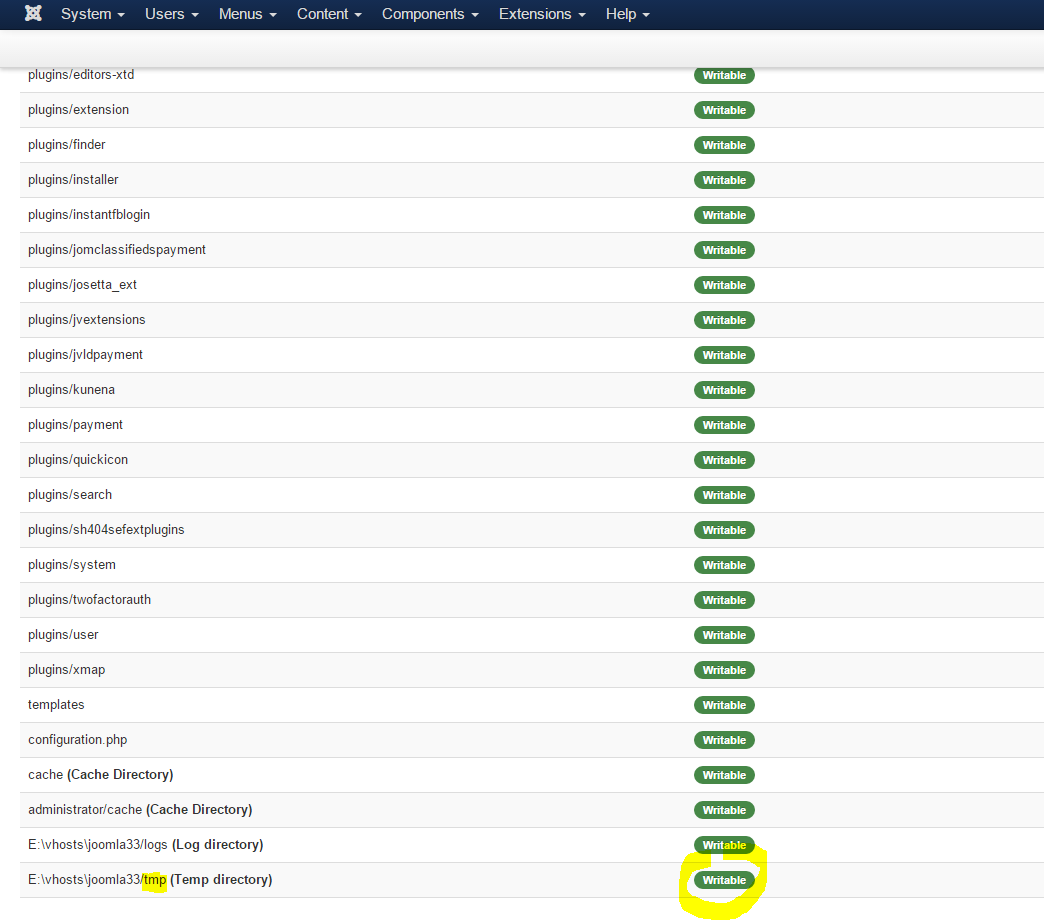